Telehealth in the Middle East

Appdragon's business development director, Saadi Hussain, has been flying in and out of the middle east region on a regular basis and has developed a good understanding of the Telehealth opportunity there.

With a penchant for running marathons in the Sahara Desert, he understands the challenges and ideologies of the region and the benefits that Telehealth could bring if implemented well.

It's by far from a complete view as the cultural, political, geographical and socioeconomic mix is broad and varied, but its conclusion is fairly similar to that reached in other geographies - Telehealth is going to be major.

If you look at Bahrain for example, the population is relatively small at 1.3m people (smaller than Greater Manchester) and close to 89% live in urban areas.  Kuwait has a population of 3.2m and 98% of those live in urban areas.  Oman however, has a less urban society with just 73% living in urban areas.  The geography and social history of the region explains why there's a penchant for urban living, but what affect might this have on health provision and in particular Telehealth services.

Well one of the usually cited USPs of Telehealth is somewhat negated by such a large urbanite population - that Telehealth brings quality healthcare to the remote, generally poorer rural communities.  If most people live in the cities, where hospitals and clinics also tend to be located, then the inconvenience of travelling to a healthcare provider is less prevalent.

However, city living also has its health related drawbacks. Both the ability to afford and the availability of rich, luxury foods makes diet a big concern and the high, growing occurrences of diabetes and obesity as well as the knock-on heart conditions, are testament to this.  Also, more of the population undertake "city" jobs, often based in offices   or factories, with less fresh air and exercise that their rural counterparts.

Let's consider obesity and males in particular.  In the UAE 30% are considered obese. In Saudi Arabia it's just shy of 29%. Over 31% in Qatar are considered obese and almost 38% in Kuwait. Bahrain and Oman have the lowest rates at 24% and 19% respectively.

So we've established that city living could cause more health problems, but how can Telehealth help in the urban setting?  Well, getting around in the city isn't as easy as you might think because of traffic and transport issues. Busy, hectic lifestyles leave little time to visit clinics for checkups and the high pace of life has a telling effect on blood pressure - especially for those individuals with poor diet and exercise regimes.

Telehealth allows the busy city slicker to keep tabs on their health and vital signs at a time that's convenient for them, without having to take time out of their day.  Spotting symptoms early can enable more effective intervention and potentially improved health outcomes as a consequence.

Telehealth also, importantly, provides healthcare providers, governments and employers with a wealth of important health trend data that can be used to spot and deal with trouble spots or high risk jobs or areas.

Also, with some many people in one small space, waiting rooms and hospital wards become overcrowded.  This is especially the case in countries like Kuwait where a large part of the healthcare provision is funded by the state, so budget is limited.  Telehealth can help manage this by reducing the need for in- and out-patient appointments for checkups and also to reduce the number of interventions requiring clinic or hospital attendance. 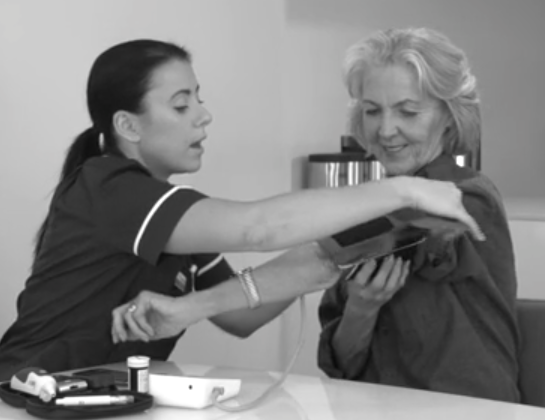 Telehealth also allows those undergoing treatment to be discharged sooner, in the knowledge that they can monitor their recovery from the comfort of their own home using Telehealth services such as SmartMed's HomeCare solution.

This is just a snippet of the opportunities for improved healthcare that Telehealth can bring in the Middle East.  For further information and to find out more about SmartMed speak to our agents in the region Harrington Consultants.

Appdragon
We design, develop and support innovative, inspirational and above all useful Android and iOS apps for businesses on a global scale. Appdragon specialises in custom apps for iPhone, iPad, iPod, Android phones and Android tablets. We work closely with our clients to take their original ideas and produce the polished product, something that both our clients and ourselves can be proud of.